Founder of Mooresville. He was the son of Quakers Joseph and Mary Moore. In 1818, his family left North Carolina and settled in Washington County, Indiana. They stayed there four years. In 1822, he moved to Morgan County and established the first trading post in Brown Township. In 1823, he bought 160 acres of land at $2.00 per acre and began planning the layout of Mooresville. Throughout its development before incorporating in 1838, he controlled who obtained land in Mooresville. When he saw promise in a prospective resident, he gave them land. His only requirement was that each person who wanted to be a resident of Mooresville had to be of upright character. On April 15, 1828, he married Eliza Worthington, who became the major founder of the Mooresville Methodist Episcopal Church. Of their five children, only one was living at the time of his death, a daughter, Margaret Fogleman. His other children died many years before. Elizabeth Moore died as a small child, two months shy of age 5. Jane Newby died at age 23. Mary M. Conduitt died at age 21. His only son, Joseph, died in infancy at 11 months and 8 days. Samuel Moore died in his Madison Township home at age 90. He was associated with the Mooresville Methodist Episcopal Church for over 50 years and is buried in the churchyard cemetery. 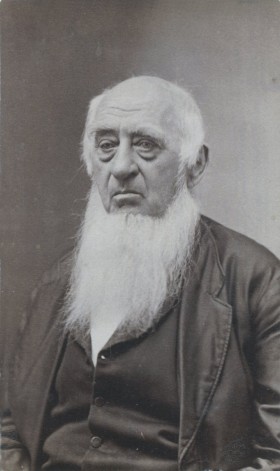